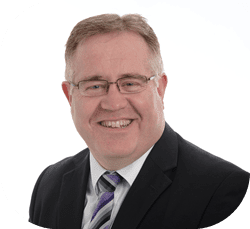 The courts will assist but not protect litigants in person

Since the changes to litigation funding through Legal Aid, and the changes to the Small Claims Court limit in 2013 (limiting the recoverability of the costs of legal representation in claims under £10,000), there has been a vast increase in parties representing themselves in Court proceedings. Those litigants in person are recognised by the Courts as not having the same knowledge and experience as legal professionals, and in the interest of justice the Court often grants them assistance it would not otherwise do. However, in a recent decision, the Court of Appeal has made it clear that assistance does not extend as far as allowing or forgiving breaches of the rules that govern litigation in England & Wales.

In Ogiehor v Belinfantie [2018] EWCA Civ the Claimant, who was a litigant in person, sought to reveal to the Court the existence of “without prejudice” correspondence. Such correspondence is strictly protected from disclosure to the Court, and is designed to allow parties to try and reach a commercial settlement without inadvertently admitted or limiting potential liability. As a result of the breach of this rule, the Judge was forced to adjourn the hearing, and ordered the Claimant to make an interim payment of £10,000 towards the Defendant’s costs caused by the adjournment. The Claimant failed to make that payment, and his claim was subsequently struck out.

The Claimant appealed that decision, saying that as a litigant in person he did not know the meaning of “without prejudice”. The Court of Appeal found that the Claimant had been repeatedly warned about breaching the “without prejudice” rule, but proceeded regardless. Whilst the Court rules in this respect were complicated, and may not be immediately accessible to a lay person, this did not mean that a litigant in person should escape sanctions for breaching them. Therefore, the decision of the Judge at the original trial was entirely proper. In particular, Lord Justice Irwin of the Court of Appeal stated “Judges will show common sense and often flexibility, but in the end must enforce the rules, and have a proper eye to the legitimate interests of the other parties to litigation, including as to costs.”

Whilst it is clearly necessary for many litigants in person to represent themselves during court proceedings, the above case shows that there are times when professional legal advice can prove essential. As providers of such advice, solicitors have to adapt the service they offer to allow litigants in person the ability to access that advice at the right time, in the right way, and at a cost that is not overly prohibitive.