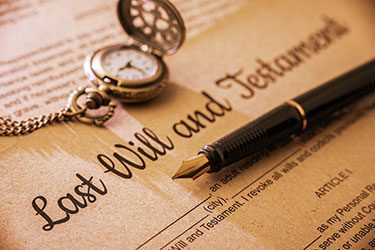 By Paul Currie, Head of Litigation

There has been a 162% increase in the past 12 months in Inheritance Disputes in the High Court. These type of disputes may arise from issues with a Will, the fact no Will has been prepared, or the fact that no provision (or no adequate provision) has been made to those who believe that they should receive something from the deceased estate.

A Will can be challenged on a number of technical legal grounds, including i) the Mental Incapacity of the person making the will and, ii) Undue Influence being asserted on them, forcing them to leave their estate to individuals against their wishes. However, there does not need to be any defect with the Will to bring a claim under the Inheritance (Provision for Family and Dependants) Act 1975 (the “Inheritance Act”). This allows individuals such as family members and those who were in relationships with the deceased to seek reasonable financial provision from the deceased estate if they have not been properly provided for.

Claims under the Inheritance Act can be an extremely important remedy to protect those that are left behind following the death of a family member. For example, where parents are divorced and one of the parents dies making no provision for infant children, those children would have a very strong claim for their maintenance costs. However, such claims have to be brought promptly, with the Inheritance Act allowing only 6 months to bring a claim after Probate has been granted. The Courts are allowed to extend that timescale, and anyone who feels that they could have had a claim should contact us as soon as possible to discuss this. The general advice is to act quickly though, and take legal advice as soon as it appears that the will does not reflect what you believe it should, or does not make reasonable financial provision.

The need to take advice and act urgently was made even more clear in recent proceedings. Where claims under the Inheritance Act were being investigated by solicitors, it was not uncommon for the estate and the individual pursuing the claim to enter into what is known as a ‘Standstill Agreement’, the effect of which was suspending or extending a statutory limitation period. For Inheritance Act claims therefore, a written agreement was entered into extending the 6 month time limit to issue proceedings. However, in the case of Cowan v Foreman the Judge, Mr. Justice Mostyn, condemned the use of Standstill Agreements in Inheritance Act, arguing that “it is not for the parties to give away time that belongs to the Court”. Whilst this case, and the view of the Judge, may well be the subject of appeals in the future, the sensible advice for now is not to rely on Standstill Agreements and issue proceedings within the 6 month time limit.

Where that time limit is not met, there is still hope for those looking to make a claim. Earlier this year, the Judge in the case of Bhusate v Patel & Others EWHC 470, permitted a claim under the Inheritance Act to proceed despite there being a delay of over 25 years.  The facts in that case may be quite unique, and delays of that length of time can raise any number of practical problems with a claim. The message is clear though. Time is certainly of the essence in bringing an Inheritance Act claim, and whilst the above shows it is possible to obtain permission from the Courts to bring a case out of time, it is better to be safe than sorry and act as promptly as possible.

If you would like to discuss your options about an Inheritance Act claim, or any other dispute regarding a Will or Trust, please contact Paul Currie, Partner and Head of Litigation on 01604 609560

The courts will assist but not protect litigants in person By Richard Forskitt, Associate Solicitor…

Trespass and Assets of Community Value – Court of Appeal Guidance

Following the Grenfell disaster in 2017, cladding has come under close scrutiny with surveys being…