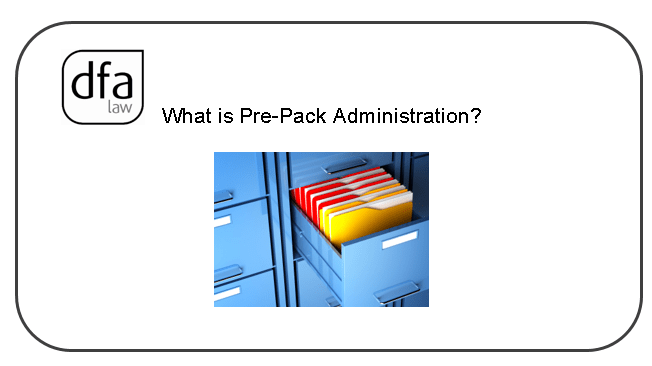 With businesses facing unprecedented challenges, company directors may need to consider administration using a “pre-pack”. This mechanism has been the subject of some controversy whilst remaining a very popular means of rescuing a financially distressed business.

What is a Pre-pack?

The term “pre-pack” is used to describe the process through which a company is put into administration and its business or assets (or both) immediately sold by the administrator under a sale that was arranged before the administrator was appointed. Pre-packs are not a new restructuring strategy, but their use has become widespread.

The Benefits of a Pre-pack Strategy

A pre-pack sale can result in the quick and relatively smooth transfer of a business to a new owner, compared to a sale negotiated at length after the insolvent owner goes into administration. This can minimise the erosion of price caused by the seller’s insolvency, and also reduce the costs of the administration process, which ultimately results in a better return for creditors.

Pre-packs can minimise the erosion of the confidence of a business’ suppliers, customers and employees that is inevitably caused by insolvency proceedings over the owner of the business.

Pre-packs can save more jobs than an administration that attempts to continue to trade the business pending a later sale or other type of restructuring.

Often there is little choice. If there is no funding available, it may not be possible for the administrator to continue to trade the business until it is sold at a later date or otherwise restructured. The alternative here would be liquidation and the immediate cessation of the company’s business.

A lack of transparency. Unsecured creditors often do not realise that a pre-pack sale is going to happen and so have no opportunity to protect their interests by considering and voting on the pre-pack proposal. By contrast, secured creditors are usually involved, because they usually need to consent to the release of their security where secured assets are to be included in the sale.

A lack of accountability. The decision to execute a pre-pack sale is a matter for the commercial judgment of the administrator. Accordingly, the administrator can sell assets of the company before his proposals have been agreed by creditors and without court sanction.

Pre-packs do not necessarily maximise returns for unsecured creditors. The value of a business could be destroyed if its financial difficulties are leaked. As a result, an administrator selling the business and/or assets of a company in a pre-pack will not necessarily test the market value of the business by wide advertising for interested buyers. This means that businesses or assets sold by way of a pre-pack are usually sold with limited marketing compared with a normal administration.

Pre-packs are similar to the outlawed practice of creating “phoenix” companies. This outlawed practice involves a company being put into liquidation by its management, before the same business is transferred to a new “phoenix” company, but without the debts of the old company. Creditors tend to be most suspicious about pre-packs when the business is sold back to the original shareholders or directors of the now-insolvent company. This is seen as allowing management to “asset strip” a company or “ditch” its debts. As a result of this criticism, there are now significant disclosures that need to be made to creditors where a sale is to a connected party.

Writing off liabilities using a pre-pack is a short-term fix. A pre-pack sale of a business and assets doesn’t subject the business being sold to a restructuring, which is often necessary if the business is to survive in the long term.

If you would like to discuss anything contained in this article, or any other company matters, please contact us here or by telephone 01604 60 95 60

What is wrongful trading?

By John Keeble If, in the course of an insolvent winding up or insolvent administration…

Employee Disloyalty – A Well Drafted Contract Makes All the Difference!

Every sensible business owner is aware that today’s trusted employee may become tomorrow’s competitor. However,…