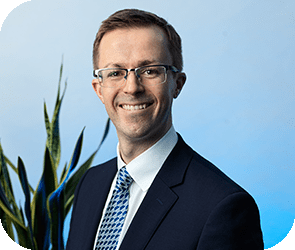 You may have seen in the national press recently that P&O fired 800 employees on Thursday 17 March 2022 and announced plans to replace them with agency staff.  The decision was allegedly communicated to the affected employees via a pre-recorded video call.

P&O have disputed this version of events and in a statement said:

“All affected crew who were working yesterday were notified face-to-face and in-person on board their vessels.

For crew who were off, P&O Ferries made all efforts to notify them personally.  They were individually called on the phone, as well as via email and text.”

However, there is no evidence of consultation with employees or unions prior to this action being taken.

The stated reason for the dismissals was ‘a £100m loss year-on-year’ and the need to ‘secure the future viability of our business’.

P&O have claimed it was a “last resort” decision and that those affected will be served with enhanced severance packages (rumoured to total more than £36 million), calling the move necessary to protect its remaining 2,200 employees.

The mass sacking has attracted a lot of press attention and considerable criticism at the way the employees have been treated.

However, what does the law have to say on P&O’s actions?  Are they allowed to act in this way?

Unions including The Rail, Maritime and Transport (RMT) and Nautilus International have already stated that they are considering legal action including Employment Tribunal claims and High Court proceedings.

The law states that if you’re dismissing more than 20 employees, you must consult with the employees (via representatives) and also notify the Department for Business, Energy and Industrial Strategy (BEIS).   Failure to provide the notification to BEIS is a criminal offence and the employer could be liable on conviction to a potentially unlimited fine.

Currently P&O claim that the wording of TULCRA means they are not required to notify BEIS as their ships are registered outside the UK.  However this would not free them from the obligation to consult their employees (via representatives)

The larger the number of employees being dismissed, the longer the consultation should be – up to 45 days for 100 or more redundancies.

The key piece of law is the Trade Union and Labour Relations (Consolidation) Act 1992 (TULRCA).

The situation with the P&O employees does not meet the traditional definition of redundancy because there is no reduced need for the work they were doing and they appear to have been immediately replaced by (cheaper) agency workers.

TULRCA defines a “redundancy” for collective consultation purposes as a dismissal “not related to the individual concerned or for a number of reasons all of which are not so related”. This definition includes the traditional concepts of redundancy under the Employment Rights Act 1996 but is also likely to include the dismissals made by P&O.

If P&O are found to have breached the requirement to collectively consult their employees, an Employment Tribunal can require them to pay a protective award of up to 90 days’ gross pay for each affected employee.

In addition to failure to consult it is also likely that the sacked employees would have strong claims for wrongful and unfair dismissal.  Whilst they could ask an Employment Tribunal to reinstate them, this remedy is rarely exercised in practice and so any remedy is likely to be limited to financial compensation.

Compensation could be as much as 12 months’ salary per employee (albeit with a duty to mitigate by seeking alternative employment) plus a “basic” award equivalent to a statutory redundancy payment.

The exact situation is unclear at the moment but there is speculation that P&O may be able to benefit from a loophole to avoid having to comply with its normal obligations. If the dismissed employees fall within the definition of “seafarers” under the Maritime Labour Convention, then the usual laws do not apply in respect of the protections for collective consultation.

Even if there is an obligation to consult, in some cases employers may be able to take advantage of the “special circumstances” defence.  However the scope of such a defence is very limited and it is difficult to see how it could apply here.

Either way, it will be interesting to see how this scenario develops in the future and whether any other employers will attempt to copy the strategy implemented by P&O.