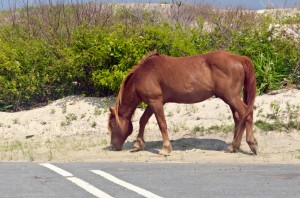 The owner of several horses which strayed onto the A14 in Suffolk was jailed for over 2 years after admitting that he caused a public nuisance.

The consequences of this tragic case serve as a timely reminder to all horse owners of their responsibilities when horses stray onto a public highway.

In this particular case five horses strayed onto the road and were hit by a number of vehicles including the vehicle driven by the deceased who was travelling home to his family for Christmas. The horses were owned by a gyspy who allowed his horses to graze in the area and did nothing to prevent them from straying onto the A14.

The deceased died from his injuries on Christmas day 2012. The tragedy was particularly sad because the deceased was a very close relative of the mother of Nicola Wells whose daughter Holly was killed in Soham by Ian Huntley in 2002.

Although convictions for public nuisance have rarely been used in stray animal cases this recent case demonstrates the willingness of the Courts to impose custodial sentences where owners fail to take reasonable care to prevent horses from straying onto a highway with fatal consequences.