The much publicised case of Owens & Owens came to a head this week when the Supreme Court unanimously rejected Mrs Owens appeal, meaning that she must now remain married until 2020.

Mrs Owens filed for divorce in 2015 on the basis of her husband’s behaviour and that she could not ‘reasonably be expected’ to live with him. In a rare move, Mr Owens defended the case, arguing that the examples given of his behaviour were not such as to satisfy the requirements of s.1 (2)(b) Matrimonial Causes Act 1973. The judge agreed and dismissed the petition.

The case has garnered public attention due to the interpretation of the law relating to ‘unreasonable behaviour’ particulars. It is said that the case was dismissed with reluctance, and Lady Hale, Supreme Court president, stated that she found the case to be ‘very troubling’ but that ultimately it was not for judges to ‘change the law.’

In light of the ruling, it will be interesting to see whether there will now be a rise in defended divorce petitions or a reluctance to proceed with unreasonable behaviour. This case perhaps highlights, once again, that there are fundamental flaws with the current divorce process.

The only ground for a divorce in England and Wales is that of the ‘irretrievable breakdown’ of the marriage. This needs to be proved by one of the following five facts:

Only two of these facts are considered ‘no fault’. When a person wants to divorce but does not want to rely upon a fault based fact, they must wait for either two years, subject to their spouse consenting, or for five years before lodging a petition.

Mrs Owens was unable to rely upon her two years separation to evidence that her marriage had broken down, as Mr Owens would not consent to this. As there had been no adultery or desertion, Mrs Owens is now forced to wait for five years separation in 2020 before she can finalise divorce and, subsequently, financial matters.

It is not always practical or fair, however, to have to wait for either two or five years separation when there are children or financial matters to resolve. As a result, many people feel that they have no other choice than to rely upon a fault based fact, usually unreasonable behaviour, simply to secure a divorce and financial settlement without undue delay.

In 2015 YouGov published research finding that 52% of divorces were fault based with 27% of divorcing couples admitting that allegations of fault were not necessarily true, but the ‘easier option’.

In direct response to these issues, Resolution and many legal professionals have been calling for the introduction of a ‘no fault divorce’. On 18 July 2018 draft legislation received its first reading in the House of Lords, to encourage the Government to make changes to divorce laws and to consider a proposal for a no-fault divorce. The date of its second reading has not yet been confirmed.

Calls for the removal of blame from the divorce process, so as to make it easier for people to manage their separation with as little conflict as possible, follows research showing that the current law causes painful and destructive breakups that impact upon the family as a whole.

Whether or not the availability of an alternate ‘no fault’ divorce would have resulted in a different outcome for Mrs Owens is debatable, as it is clear that Mr Owens would not co-operate with a divorce, however, for the vast majority this will enable them to secure a financial settlement alongside a divorce without undue delay and unnecessary hostility.

By introducing a ‘no-fault’ divorce, it is argued that there will be less reliance on ‘unreasonable behaviour’ particulars and perhaps less scope for the court to hear lengthy defended divorce proceedings, as seen in Owens v Owens.

If you require any advice in relation to divorce or finances on separation, please call DFA Law on 01604 609560 and we will be happy to help you. 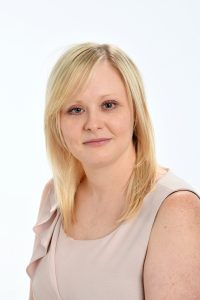 Lack of Clarity Over Farm Ownership Leads to Court Appearance

Clarity in business relations is always important, and making sure that what is thought to…

In the Style to Which One Wishes to Become Accustomed