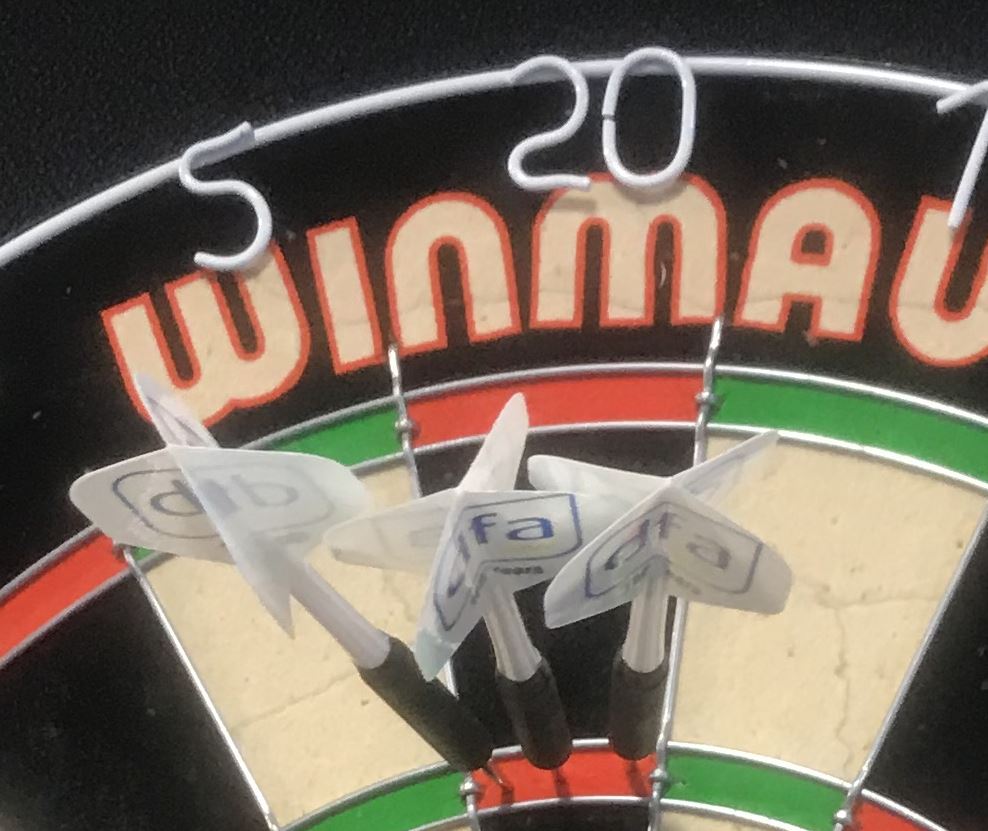 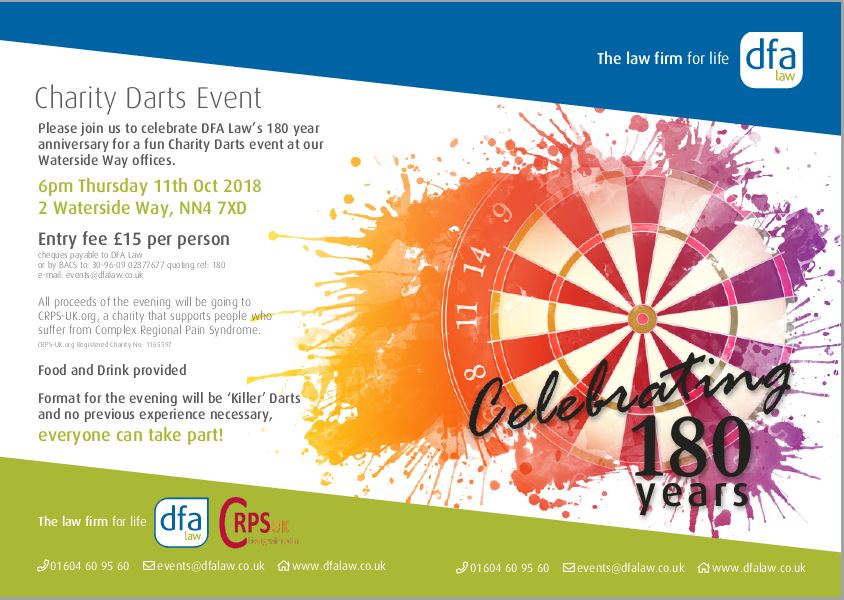 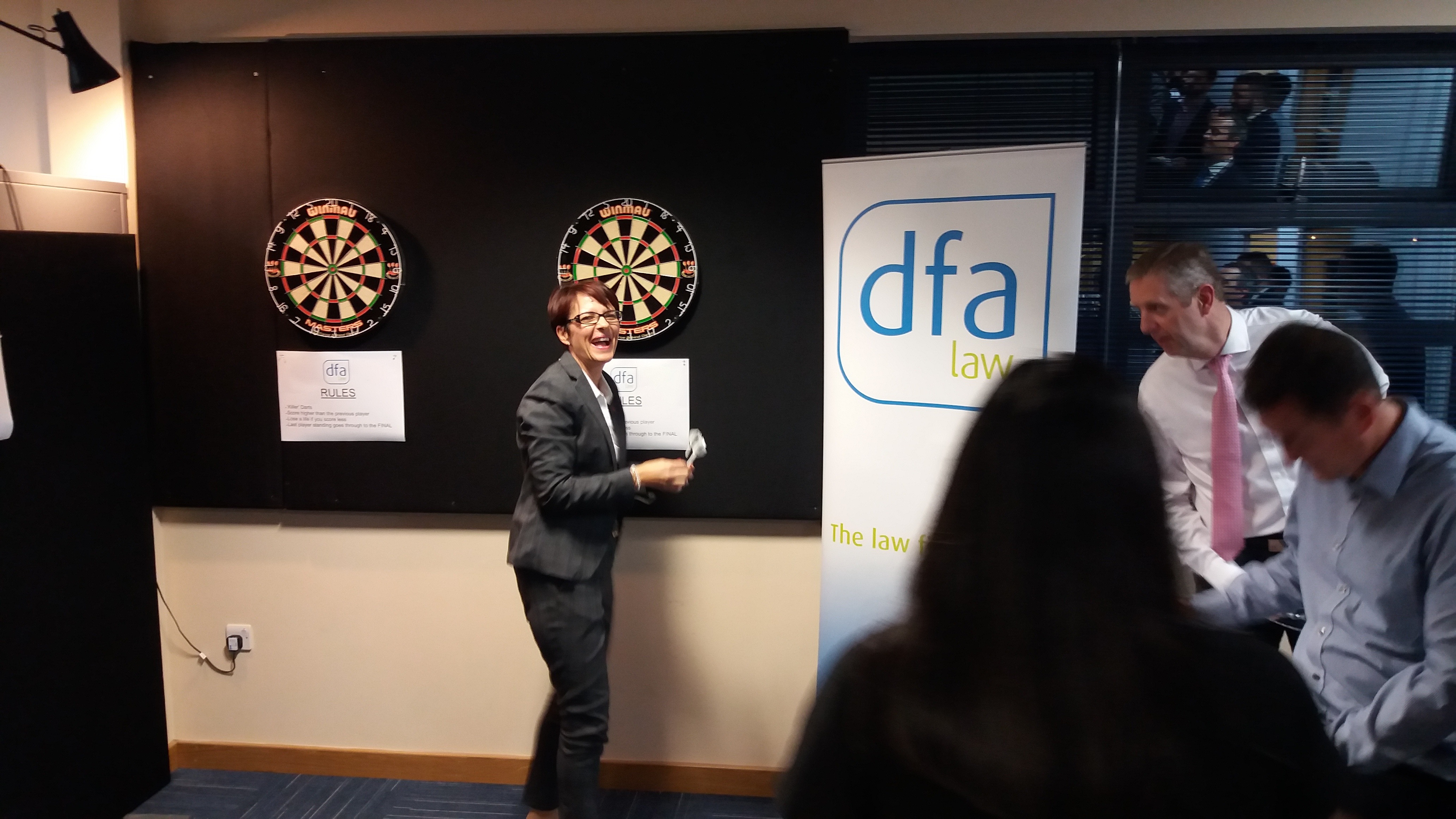 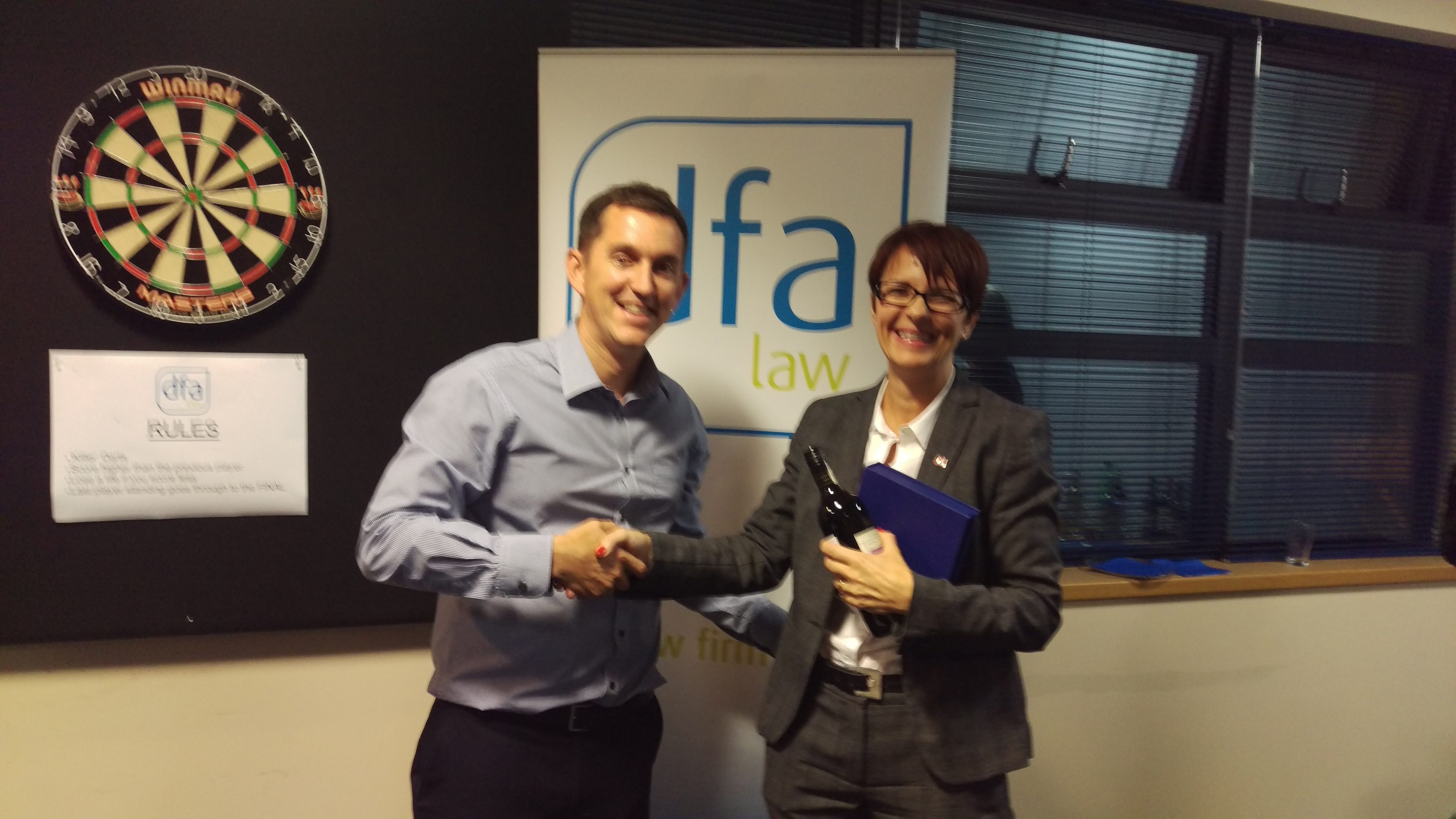 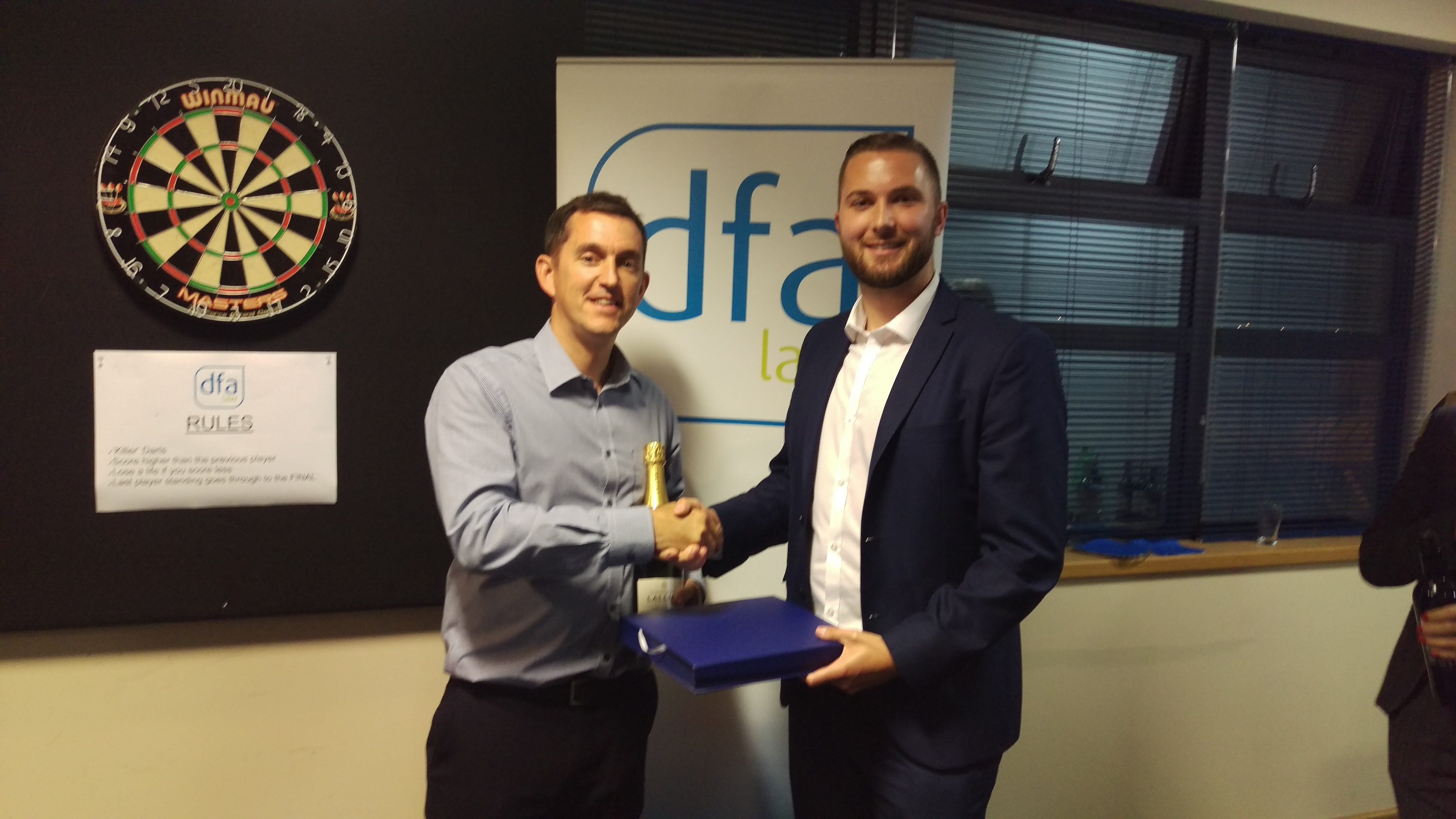 DFA Law was founded in October 1838 by a Northampton born man called William Dennis. Mr. Dennis was joined in partnership by Dr John Faulkner in 1876 and in turn they were joined by Charles Alsop in 1910 and the firm became known as Dennis Faulkner & Alsop, changing it’s name to DFA Law in 2003.

To kick off our 180 year anniversary celebrations we held a charity darts night at our Waterside Way offices on Thursday 11th October where clients, guests, introducer’s and staff took part in a ‘Killer Darts’ challenge. The eventual winner of the night was Bob MacDonald from BRI with Kerry Reynolds, of Metro Bank as a very worthy runner-up.

Thank you to everyone who took part in the event and, combined with our Charity Walk in September, helping us raise over £2,000 for our chosen charity, CRPS.org.uk We are hoping to have more events throughout the next 12 months to celebrate our 180 year anniversary, so watch this space.

Some pictures from the evening are attached.