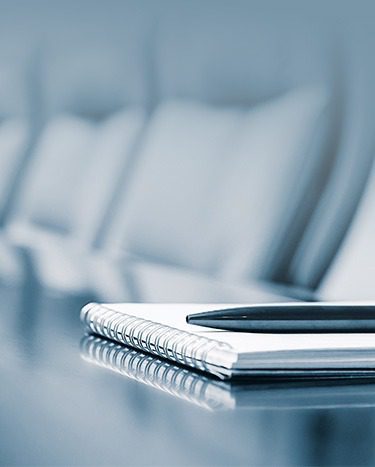 There are strict time limits within which a claim form (ET1) must be presented to the employment tribunal.

In most claims, the deadline is three months from the date of the act complained of (for example, the date of dismissal or the date of a discriminatory act).

If the parties have entered into Acas early conciliation, this will ordinarily extend the time limit to present the claim.

For most types of claim, the tribunal will have some discretion to extend the time limit in order to accept a claim after the original deadline has passed.

In this article we will consider the Tribunal’s discretion to extend the time limits in two of the more common types of claim; unfair dismissal and discrimination.

If the tribunal does not receive a claimant’s claim within the relevant time limit, this will on the face of it mean that the tribunal has no jurisdiction to hear the claim and it will not be allowed to proceed:

The rules on calculating limitation dates in Employment Tribunal claims are complex and it is vital that expert professional advice is sought as soon as possible to maximise the chance of a claim being in time.

However, even if a claim is not in time, it may be possible to raise arguments to persuade an Employment Tribunal to exercise its discretion and extend the time limit.

In such cases, speed is of the essence because any further delays may jeopardise the chances of a claim being accepted.

The legal tests: when time limits can be extended

If a claimant has presented their claim to the tribunal out of time, there are two main categories of discretion under which the tribunal may extend the time limit and accept the claim despite it being late.

An unfair dismissal claim usually has to be presented to a tribunal before the end of the three month period starting with the date of dismissal (as defined in section 111(2)(a), ERA 1996).

Therefore, if an employee’s employment ends on 10th April, their unfair dismissal claim must be presented to the tribunal on or before 9th July, unless that deadline has been extended by participation in Acas early conciliation.

A tribunal may only extend time for presenting a claim where it is satisfied of the following:

It is for the Claimant to prove that it was not reasonably practicable for them to present their claim in time.

A tribunal will only consider the test after a claim has been presented out of time. It is not possible to apply for an extension of time in advance.

The following relevant factors can be taken into account by the Employment Tribunal when considering whether to grant an extension of time:

It should be noted that the test is quite strict and gaining an extension of time is not an easy hurdle to overcome.  For example if an employee is pursuing an internal appeal against dismissal, this on its own doesn’t mean that it is not reasonably practicable for the employee to submit a claim within the time limit, even if this means submitting the claim before the appeal has been concluded.

Below we consider a number of scenarios in which claimants have argued that it was not reasonably practicable for their claim to have been presented in time.

A last-minute hitch preventing timely submission, particularly one involving a computer, printer or fax failure, is unlikely to persuade a tribunal that it was not reasonably practicable to submit the claim in time. The tribunal will inevitably ask why submission was left to the last minute and, as the Employment Appeal Tribunal (EAT) held in Fishley v Working Men’s College UKEAT/0485/04, “it is the common experience of anyone who has tried to operate a computer, a printer, or a fax machine, that they are temperamental creatures and one cannot rely on success first time within a few minutes.”

Very minor breaches of the deadline

There is no “margin for error”. If the tribunal determines that the claim could have been submitted in time, the tribunal will not be interested whether it was submitted one minute or one month late. In one case the claim was received at eight seconds past midnight, 00.00.08 and was thus 9 seconds out of time. The Tribunal held that it had been reasonably practicable for the claim to have been presented in time and the claim was rejected.

Where the employee is prevented from presenting the complaint in time by serious illness, a tribunal would normally find it was not reasonably practicable for them to have done so.

Whether the illness is sufficient to make it not reasonably practicable to submit the claim in time will be determined based on the facts of the case (including any available medical evidence).

If an employee does not know they have a claim, or is not aware of the time limit or procedure for making a claim, then this will not usually satisfy the reasonable practicability test. The tribunal will need to be satisfied that the claimant’s ignorance of the relevant time limit was reasonable.

A claimant’s ignorance will not be reasonable if he ought to have made enquiries about how to bring a tribunal claim before the relevant time limit expired.

In one case, the claimant had received a letter from her employers which referred to her right to bring a tribunal claim but did not advise her that there was a deadline to do so. The Court of Appeal held that the letter was at least capable of misleading the employee into thinking that any claim could be left until after the internal appeal.

In another case an employee was allowed to submit a claim late where her employer’s head of payroll and pension services had informed her, honestly but mistakenly, that the time limit was six months. The employee had relied on the information provided and was not at fault in doing so.

New information which becomes available after the time limit has expired

In some circumstances a claimant may initially believe that they do not have a good claim, but subsequently become aware of facts or evidence that suggests they were unfairly dismissed. It may be possible for such a claimant to argue that presenting their claim in time had not been reasonably practicable.

In such a scenario the employee will have a chance of persuading a Tribunal to extend the time limit, as long as:

If a tribunal is satisfied that it was not reasonably practicable to present a claim within the time limit, it must then go on to consider whether the claim was presented “within such further period as the tribunal considers reasonable” (section 111(2), ERA 1996).

How much time that equates to is for the tribunal to decide and will depend on the circumstances of each case.

In one case, eight dismissed employees did not submit claims for unfair dismissal because they were told by management that they would be re-employed when work picked up again. After the time limit had expired, their employer closed down.

Some of the 8 employees made their complaints to the tribunal a few days after discovering the closure, but the remainder did not submit claims until a month later. The Court of Appeal held that a reasonable period in the circumstances was two weeks and dismissed the claims made after that time.

“Just and Equitable”, the test for Discrimination Claims

The time limit for a discrimination claim to be presented to a tribunal is normally at the end of “the period of three months starting with the date of the act to which the complaint relates” (section 123(1), Equality Act (EqA) 2010).

However the tribunal has the discretion to extend the time limit for a discrimination claim to be presented by such further period as it considers just and equitable (section 123(1)(b), EqA 2010).

When considering this it should be noted that time limits are applied strictly in employment cases, and there is no presumption in favour of extending time. A Judge should not extend time unless the claimant convinces them that it is just and equitable to do so. The burden is on the claimant, and the exercise of discretion to extend time should be the exception, not the rule.

Despite this, the test in extending time limits in discrimination cases affords tribunals far greater discretion than they have in unfair dismissal claims and Judges have a lot of leeway when considering whether it is just and equitable to extend time.

Claimants seeking to persuade a tribunal to extend time should put evidence before the tribunal (whether in the form of documents or witness testimony) accounting for the full period between the act of discrimination and the presentation of the claim in order to show the reasons why it was not presented sooner.

Tribunals are entitled to ask questions about a claimant’s prior knowledge, such as:

If you have questions about this article or any employment issue please contact Michael Nadin on 01604 609560 or michael.nadin@dfalaw.co.uk

Employers Must Be Proactive To Ensure Workers Get Proper Breaks